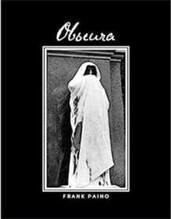 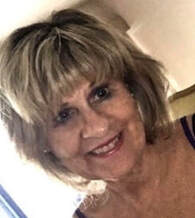 Amidst the global threat of Covid-19, what many have deemed a “dark time,” I recently discovered a book of poems by a man who surrenders his imagination into a total submergence into dark but astonishing material. Frank Paino’s latest book, his third collection of poems, is titled Obscura, a word whose meaning, among other definitions is “a dark chamber with a lens through which an image is projected.“ One thinks of 19th century photography. And perhaps, the word “concealed,” a derivative of “obscure,” applies as well, since the poet reminds and reveals to us story after story of many lost or forgotten moments in history where some tragic, fascinating or horrifying event occurred.

Just a quick glimpse into the table of contents invites us to shine a flashlight in these dark corners of obscurity, and assures us of a deep dive into one poet’s obsessive scrutiny of subject matter we might otherwise try to avoid—These are poems of mummification, stake burnings, suicides by drowning and jumping, Edison’s death, Houdini’s Ghost, a Recording Angel, a dog sent into space, taxidermy, taxonomy, abused animals, among others—even a tapeworm in the belly of Maria Callas!  As well as demons, devils, hell, Lucifer and Armageddon . . .

This splendid and ghoulish array of lyrical narratives draws us into Paino’s twilit world the way the telling of scary stories attracted us around campfires when we were kids. But there is nothing to scream about, only a mind to be blown by his stunning gift of  imagery that causes us to marvel. I will admit the poems sent me to Google and Wikipedia where I could verify their astonishing veracity. He knows his facts as well as his myths and renders them in a lyricism so naturally seductive, our appetite for darkness grows “curiouser and curiouser” as we turn each page.

Paino’s image-making is startling, for example, the poem “Plunder,” which is introduced with an epigraph of a “Victorian Mummy Unwrapping Party Invitation,” sets its stage in an enticing environment of match tips flaring sulfur, “candlewicks” and “Egyptian amulets” in a brocaded drawing room with “the scent of amber resin” “buffed mahogany” and “palm wine . . . sweet and primitive as lust . . .” Here women in too-tight corsets hover to peer at the unveiled thing “black as delta mud” or a concealed figure we can imagine  crumbling to “biblical dust.” This gathering ends with those same women who “leaned so near/death they could kiss it” heading home to ready themselves for their lovers, to “open themselves/ . . . like long-hidden tombs that glisten/and beckon for plunder.”

Two poems with the theme of “falling” reinforce the themes of not only heartbreaking destruction but the seemingly casual normality of deliberate acts. In “Falling” we’re told in 1827 the owner of a hotel in Niagara sent live animals in a schooner over the falls while a crowd of brides, grooms, and assorted tourists observed and applauded. Those in the well-dressed crowd “cheer as the keel screams over upthrust/boulders,” and a fox blurs into “white turbulence” then is gone into an “airless fate,” the boat itself becoming “ripped timbers” as chained creatures meet the rocks below. The poet shows the brute cruelty in all its spectacle by a series of speculating questions--what if  the buffalo, raccoon , lioness or bear—might have mauled the hotelier rather than find themselves caged in this “reverse Noah’s arc” as “startled/ freight over the lip of eternity.”

And in a kind of elegy, Paino honors the famous photograph by Robert Wiles of a young bookkeeper who in 1947 threw herself off the 86th floor of the Empire State Building. Time Magazine named her “The Most Beautiful Suicide” and Paino has created a litany for the day of her fall. Attuned to the anaphora of the poet’s structure, we follow her in “rose dress & makeup” entering the “Empire’s lobby/ with its strata of gold” into the elevator and onto the deck where she would “fold her tan coat just so” until the moment she will “step off the ledge as if/beneath each scapula/she feels the itch of wings,” down to her journey from the sky “that cannot hold her” where she lands with one shoe among “each pedestrian gaze” as “glass & steel become/her catafalque.” But it is in the last words of the poem that we share the sin of our morbid surveillance when we wish to “be absolved for finding beauty/ in such broken truth/ . . . powerless to turn away.” Indeed—the photograph, which I looked up, shows an astonishing peace in the body’s posture as she lands on the roof of a limousine, missing one shoe, her hand on her pearls while supine, she lies in a bed of glass.

The majority of these poems about true incidents relay empathy on the poet’s part. There are several ekphrastic pieces as well as re-imaginings. Paino describes Mata Hari, shot as a spy in the Vincennes woods in 1945 dressed in her signature clothing right down to  the “tricorn hat, the color of /deep bruises, atop raven hair . .   .” She fastens “each pearl button/on her ankle-high boots” and “scorns both bond/and blindfold . . .”
The scene is brought to life in such a way that we understand how this woman lived her eccentric life and died with the same wild courage blowing “a ruby kiss” to her firing squad.

The sheer range of topics draws us into these truly beautiful and amazing poems. Although he claims to have no allegiance to a God, Paino is interested in ontology, the nature of being. In “Taxonomy,” Adam, who names himself and grows weary of naming the animals, finds “After a while, all the whiles/congealed like blood” and his loneliness is answered when “a fist /like iron enter{s} his side” and Eve “bloom{s}” into existence. By the end of the poem however, the couple escapes the withered garden “having rolled/the thing they named freedom/across their tongues” finding “it sweet/Like spoonfuls of milk and honey.”

And the poem “Cephalophores” is like something out of Dante’s Inferno, a parade of decapitated saints carrying their heads in their hands, their “grisly freight held up/like a child’s first lost tooth.” In “The Astronomer” on Vermeer’s painting, the scientist “leans toward the celestial globe,” observing the constellations as “perhaps some diety’s/brilliant arithmetic that breathed life into the skies.”  And in “Armageddon” the mythical patterns of the stars begin to tumble so that “Orion’s club is poised above some lesser beast/and the jeweled dippers are honed to demitasse . . .”

In one of my favorites, a defense, dedicated “To Lucifer,” the poet is concerned with the familiar fall of the rebellious angel to be “crushed under the heel of Michael,/the heel of Mary, and made to twist/along your shingled belly . . .” Paino claims that the dark angel offered humankind, another type of freedom similar to the legacy of Genesis, “the gift/of agency,/which granted us choice—"

Overall, this book stands out as an important testament to—and imaginative witnessing of—the miraculous. If you haven’t found a recent book of poetry that pushes the edges of language and insight while lighting up the dark, you must  get your hands on a copy of Frank Paino’s Obscura.


Deborah DeNicola has authored two poetry collections, Original Human, and Where Divinity Begins and her memoir The Future That Brought Her Here. (Nicholas Hays/Ibis Press 2009) Deborah compiled and edited Orpheus & Company; Contemporary Poems on Greek Mythology (University Press of New England 1999). Among other awards, she has been a recipient of a National Endowment Fellowship. ​